Build A Custom ‘Inflow’ To Stay On Top Of Things 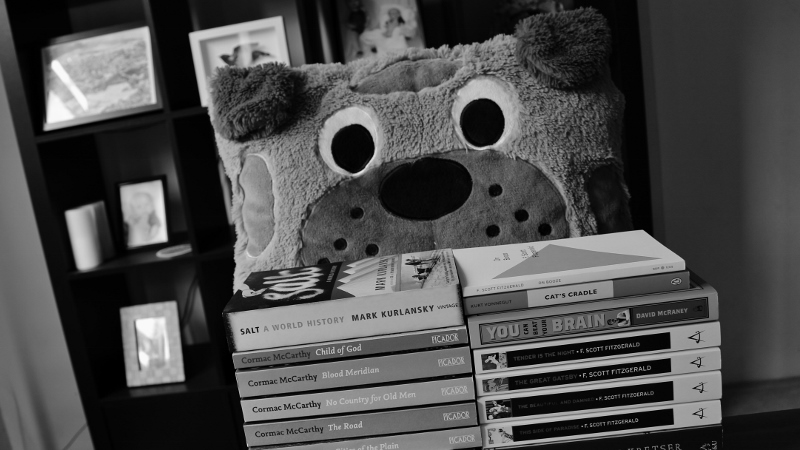 The internet is full of interesting things (including this blog!). So many interesting things, in fact, that the line between staying informed and falling into a bottomless pit of distraction is sometimes difficult to distinguish. How can you stay on top of the things that matter most to you and avoid the distraction trap? By establishing your own custom ‘inflow’ of content that presents content only from trusted sources.

The methods that I’m presenting today are my own so my usual disclaimer applies: this is what works for me – your mileage may vary. That said, my aim is to highlight the logic of the very practical nuts and bolts of my own system so that you can design a system that suits your own needs.

Read on! Unless you want to save this article to Pocket and read it later, that is.

Setting Up Your Source(s)

As I mentioned last week, a productivity system is only as effective as its inbox. After all, if items are not being input into the system, where are they going? The ‘inflow’ is the step before the inbox – it is the fishing net with which you catch items that you might want in your inbox and also the sifter with which you uncover the nuggets that will enter your system.

In the same way that you’ll want to minimize your inboxes, I would recommend also that you minimize the sources from which you catch content. I have three main sources that I monitor regularly:

It is incredibly rare that I would discover content outside of these three sources and usually doing so is a happy accident (for example: an interesting article shared by a friend on Facebook who doesn’t usually share such things). In a constantly buzzing world, how can this be? How am I not missing something?

The key to my system is intentional design. There are no redundancies (so I’m not following a site on Twitter and also subscribing to their RSS feed, except as noted below) and all of my bases are covered. Speaking generally, the way that I allocate sources to either Feedly or Twitter breaks down like this:

Downcast, meanwhile, updates my podcasts and downloads episodes automatically. It’s low maintenance in that way – even syncing across your devices – and you’ll always have the latest episodes ready to go.

This intentional design allows me to trust my system and thus I minimize my fear of missing out (FOMO – a concept I’ll be exploring in greater detail in an upcoming post). I’m not seeing anything I don’t want to see and I’m not missing anything I’m not willing to miss.

Once you’ve cast your net, it’s time to mine out the nuggets: those bits of content that you actually want to consume.

If I only check Feedly once a day I usually find anywhere between 150 to 200 articles to browse. Of these I will actually want to read roughly one from five, so that would be 30 to 40 on any given day. Depending on my schedule and the length of those articles, it’s not reasonable that I’ll read everything at that moment. I may never get around to reading some of them. The GTD two-minute rule comes in handy in these situations: short articles that can be read in a few minutes or less are usually read right away as is anything ‘breaking’ that would lose relevance over time. Everything else gets saved to my read-it-later app, Pocket.

Pocket saves my content to a master reading list (in the order in which I save them) so that I can read them at a time of my choosing. Pocket offers a few advanced features:

Feedly also carries these functions on board but everything comes together a little better in Pocket. Additionally, Pocket plays nicely with Twitter. I can save links within tweets straight to Pocket and when I read the link later, the original tweet is displayed at the top, making retweeting or favoriting a breeze if I end up finding the content valuable and/or worth sharing.

Pocket, then, operates as a landing place for both Feedly and Twitter – almost qualifying as an inbox in my system. However, only the best content makes it to the real inbox: Evernote.

Only The Best Survive

Once I’ve read an article, one of two things will happen to it:

Evernote is my big fat online filing cabinet that (yes, I’m about to tease again) I will explore in greater detail in an upcoming post. Once I’ve sent an article to Evernote, it lands in one of my system’s true inboxes and from here it will be actioned. Most of the time it simply gets filed away so I know I have a copy of it somewhere. Yes, Pocket also archives my articles but Pocket archives a link that may eventually die while Evernote archives the actual text. In this way the content can never be lost, even if the site where it was featured eventually dies or the link changes.

Occasionally an article will contain an ‘action’, like a piece of software I might want to check out or a recipe I might want to (*cough* have my fiancée *cough*) whip up. In these instances, it actually gets added to my to-do list and categorized appropriately. If content is too good to file away and forget in the short-term, I take notes in the moment and link the notes to the article within Evernote. In a way Evernote acts like my own personal internet (and has accordingly fewer trolls).

Whatever You Do, Be Intentional

Again, you don’t have to incorporate my system exactly as I have described it. My hope is that you’ll be able to read between the lines and build your own system around an intentional plan that will eliminate FOMO and reduce the time you would normally spend aimlessly wandering the internet in search of content. There are other apps that perform similar functions as the ones I use, but I know what works for me and that’s what I’ve shared.

When you’ve built up your RSS and/or social feeds to the point that you get all of the content you want without visiting any other site, you’ll know you’ve built a durable inflow that will keep you informed on the things that matter most to you. If anxiety lingers, look for the cracks (or redundancies) in your system that make you feel as though you’re missing out. Your inflow may need this occasional massaging but a few minutes organizing things every few weeks is far preferable to countless wasted minutes spent wandering the wasteland of the internet at large.