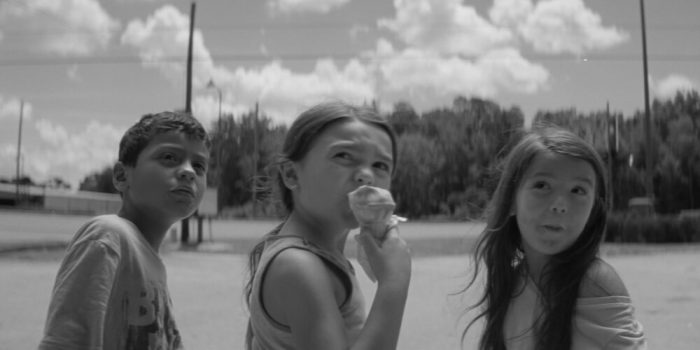 Orlando is a romantic yet transient place. I lived in or around the city for a period of two and a half years after graduating college and in that time I only ever had a meaningful relationship with two people who were from there; Orlando born-and-raised. Everybody else who crossed orbits with me was – like myself – from somewhere else: Texas, New York, Pennsylvania, Ohio, Wisconsin, or – in my case – West Virginia. Many of these people left Central Florida before I did and those who are still there are – in a way – on the clock. It’s not a matter of if they will leave; only when.

Perhaps it is because I have gone in and then out of this particular social revolving door that few of the events in The Florida Project caught me off-guard. I lived in the area through Acts One, Two and Three of the global financial crisis and can vouch for the authenticity of what viewers see through the eyes of the film’s child stars. There are indeed sprawling subdivisions of empty – or incomplete, in some cases – houses or condominiums. I used to drive by them or through them on the way back to the house I shared with a good friend – a house she had bought on a GFC-induced short sale. While this was good for her and (by extension) me, it was presumably very bad for some unseen victim of hard times.

If real life were to somehow cross into this film, some of these unseen victims might have ended up in the room next door to the main characters – six year old Moonee and her mother, Halley* – at The Magic Castle, a very real hotel along Route 192 between Walt Disney World and the Orlando suburb of Kissimmee. Many victims of circumstance did end up there – or in other discount hotels in the area – and some are still there. They have a roof over their heads but can’t establish residency (a fact which causes some drama during one scene in the film) and are therefore technically homeless; members of the “hidden homeless”.

As a hiring manager in my job at the time, I used to see job applications come through with hotels listed as the address. Considering the job they were applying for paid minimum wage and offered few weekly hours, they would have been struggling just to pay the rate at the hotel. To make ends properly meet, then, other hustles had to be pursued. Some of these hustles allowed everybody to win, such as the perfectly-legal sale of theme park friends and family passes** to coworkers. Others – like dealing drugs out of the back of our workplace – were less legal and inevitably sent the person right back to where they started.

[Note: I freely and openly discuss important plot points of The Florida Project through the rest of the essay, including the very ending of the film. If you’re averse to spoilers, reading this will need to wait until after you see the film.]

The trick of The Florida Project is that we – the removed adults – see the signs of Halley undergoing this struggle (and pursuing increasingly illegal hustles), but we see it through the oblivious eyes of her child. In this way the film plays differently for the two different perspectives. Viewed as a tale of growing up, it is unquestionably magical. Moonee and her band of friends (one of whom departs Central Florida’s revolving door when his dad whisks him off to New Orleans – presumably for the promise of work) make their own adventures, ignorant to the fact that mere miles down the road, thousands of kids are enjoying days at Walt Disney World. Not once do we see Moonee begging to visit the nearby theme park, even though her sadness is palpable in a scene where she watches her mother sell stolen park tickets to a tourist. The Magic Castle is Moonee’s very own Magic Kingdom.

However, for the adults, The Florida Project unfolds as a kind of slow-burning socio-economic horror story – like a Hitchcock film where the inevitable and inescapable end is the destitution that had only been kept just at bay. Toward the end of the film, Halley and Moonee do what all of us have thought about doing at one point or another: they stroll into a hotel where they are not staying and take advantage of the free continental breakfast. We see only Moonee’s face as she enjoys (and hilariously critiques) all that the (stolen) buffet has to offer. Eventually she concludes to Halley that they have to come back, at which point the camera cuts to her mother and reveals that she is not enjoying watching Moonee nearly as much as we, the audience, have been. When an attendant asks for her room number, Halley gives the same room number that they live in at The Magic Castle. It’s a quick line, but a poignant one: although the number might be the same in each hotel, they represent access to two very different realities.

Moments later, the two return to the less fun of their two room numbers and this duality comes into play in a significantly different way. We learn that Halley didn’t enjoy breakfast because it was actually their last supper: child services have come for Moonee. This is the tragic ending of the adult film. Moonee, however, doesn’t take her forced separation from her mother without a fight. She flees to the neighboring hotel where her best friend ‘lives’ and delivers a tearful good bye – and here is where the film is lifted from great to transcendent with the best ending I’ve seen in years.

The final forty-five seconds of the film see Moonee ‘run away’ with her best friend. They run past settings we’ve seen and toward one we haven’t: Walt Disney World. In a few moments of obvious fantasy, the two escape from their Magic Castle and arrive in the Magic Kingdom. Like room doors in two different hotels but with the same number on the outside, so are these places the same but different. Much as her mother temporarily (and fictionally) checked into a different, nicer room in order to get a free breakfast, so does Moonee check into a different, nicer room with her imagination. As the credits of the film roll over muted crowd noise from inside the park – the sounds of “the happiest place on Earth” – the audience slowly realises that two tragedies have unfolded here. Not only has Moonee been taken from her mother, but her response to this turn of events was a failed attempt to do the same thing that almost everybody in Central Florida eventually does, but which she will likely never be able to do herself: leave.

* Those who have read Freakonomics will recall that Steven Levitt and Stephen J. Dubner were able to establish correlations between names such as Moonee and the level of education obtained by the mother. The relationship doesn’t bode well for Halley, which is a thread that could spawn a whole other essay about this particular film.

** You can’t trip in Orlando without falling into five people who either work at or know somebody (or several somebodies) who works at Walt Disney World or Universal Studios. Friends and family park passes are a kind of sub-currency among non-tourists in the area. As dark as that might sound, my own memories of the phenomenon are of inclusion; of being a ‘local’ without being a ‘townie’.