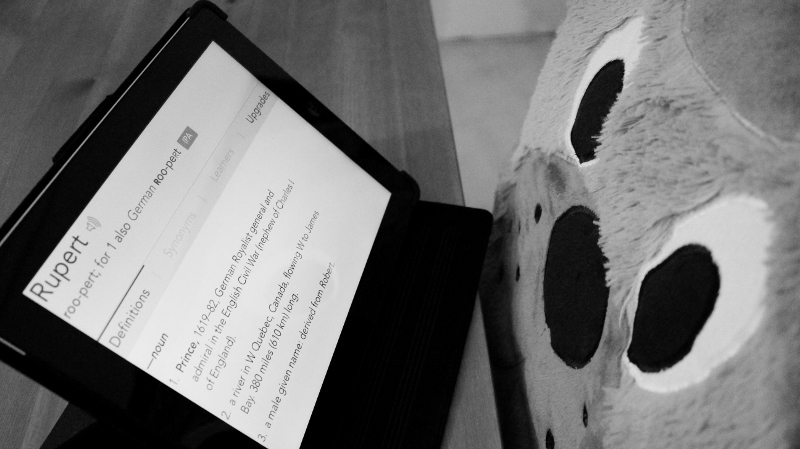 Defining yourself is the critical first step in establishing an ongoing and intentional program of personal development. Even if you consider yourself to be pretty self-aware, a little reflection might yield surprising results. If you fail to take the time to get this definition right you may find yourself swimming against the current in order to get somewhere you don’t actually want to be.

You are complicated. I’m not saying this because I’ve seen your Facebook statuses about your ex, I’m saying it because who among us is so simple? Add external forces to the mix and you’re talking about a cocktail of personality that is rather difficult to reverse-engineer.

But we’re going to try.

Your Inherent Nature (And Nurture) Sets The Scene

If I asked you to define yourself before we go any further, you would probably go straight for your hardwired traits:

Our brains are all wired differently and I’m sure you can pick one of the options on each of the above lines that describes how the synapses in your own brain fire.

It’s important to understand these inherent elements of our personality because they are essentially permanent and incredibly difficult to overcome. Shy people can learn how to work a room, sure, but while working said room they will be fighting against their very chemistry and creating a cognitive dissonance that might lead to anxiety. Owners of a Type A personality can take a vacation like the rest of us but they may never be able to fully relax on that beach. Creatives have no time for trigonometry, night owls think the ‘sunrise’ is a fairy tale, etc., etc.

Nurture also plays a significant role in the equation. My girl was born and raised in a city while I grew up in a rural area. The characteristics that were ingrained in our personalities as a result of these differing circumstances mean that we sometimes look at the same scenario in very different ways. Single children will have differing worldviews to those who grew up with siblings. Guys who had an older sister will grow up to be quite different than those who had a younger sister. The prism through which you develop your worldview will have a not insignificant impact on your personality. Even if the effect is subtle, it’s there.

By understanding where you stand against all of these measures you can design your own development and steer yourself in the direction of a destination that will please your inner nature (and nurture).

Understand How You Want To Be You

I assume you have goals (you are reading a personal development blog, after all) but there are any number of avenues by which you might pursue those goals. Type A and B personalities again come into play with this concept. Type A are always on the go (hello, mobile readers!) and don’t sit still for too long before getting on with multitasking, while Type B are more laid back and happy to take things one at a time (hello, read-it-later gang!).

This whole Type A/B idea is more of a theory than a hard and fast choosing of sides but it’s a good place to start when considering the manner in which you’d like to move ahead with your personal development. Do you prefer gold stars and rapid achievement or does slow and steady win the race for you?

However straightforward the core you may be, things get complicated when you consider the different contexts in which we all must operate at different times. When alone in your living room, I imagine it’s pretty easy to be you – but what about when you’re in any of these places:

If it all seems a bit two-faced (or five-faced, even) I guess that’s because… it is. But in this instance you’re not only allowed to get away with it, society would rather you get away with it. Ever had a boss that engaged in overshare about his sexual exploits? That’s an example of somebody who can’t keep his contextual selves within their appropriate contexts. Don’t be that guy – nobody likes that guy.

There are many behaviors and traits that are appreciated across all contexts (like punctuality and patience), so this is naturally where you want to start. It only makes sense to allocate time to the areas that will yield the greatest harvest. However, once these universal traits have been addressed you can really get to work on maximizing each of your contextual selves. Learning to cook a dish isn’t going to advance your career but it’ll impress the hell out of your parents. Likewise, brushing up on your Excel skills will do wonders for your work self but won’t hold the attention of your girlfriend (spoken from experience).

Sometimes The Context Gets Official

Throughout your life you will encounter – and probably align yourself with – any number of organizations. These could include alumni associations, trade unions, social clubs, fraternities or even mastermind groups.

I’ll dedicate more digital ink to associations and organizations in the future but they’re important to consider now and in the context of you because it is you who actively chooses to join them and the act of forming this association with an organization – whether passively or directly – reflects on you.

Choosing to join Boy Scouts of America, for instance, is a direct, opt-in decision that implies your own values and beliefs align with those of BSA – otherwise you wouldn’t have signed up. Choosing to attend a particular university, on the other hand, is rather passive and suggests value alignment that may not be present. You might have attended a Catholic university because their chemistry program is tops, but people may assume that you’re Catholic (and thereby live by Catholic values) as a result of your decision to attend school there, even if that was never a factor that you considered.

Whether directly or passively, these associations become part of the definition of you.

And Oh, The Things You’ll Do

The wild thing about all of this is that we’ve considered so much of what makes you you and we have only just scraped the surface of the actual things you get up to while being you. All of the activities in which you engage will speak volumes about you (actions speaking louder than words and that). Think about your high school friends who went to work and those who went to college. I’ve biased the result a bit by framing the exercise in this way but that fact – whether they studied or not – is probably a factor in your own impression of those people but all they’ve really done differently to each other is pursue different activities.

Think about car decals. When you see stick figure families on the back of a car, you assume (without knowing anything else about that person!) that they are all about their family. Somebody with “26.2” on their car has run a marathon and – you’d be safe assuming – would include “running” in their own definition of self.

What activities would be included in your own definition of self? What stickers are on your metaphorical back car window?

Now – what are some activities in which you engage that would not be included in your definition of self?

Nobody would ever know you were doing these things unless you told them – but you don’t tell them, do you?

And Now We Get Real

You don’t share these naughty activities because you’re not proud of them and you continue to engage in them because nobody is calling you out on being so naughty. It’s exactly the vicious cycle that it appears to be and you probably wouldn’t define yourself by these less desirable activities. Unfortunately, it’s still a part of your definition of self, even if it’s not a public part.

Your definition of self is about what you do more than what you think or say. The self-described “healthy eater” can’t have his cake and eat it, too.

Defining yourself, then, helps you to clarify your priorities and make better decisions for your own development. So here’s your new mental filter: what if everything you do were included in your definition of self.

Thinking of grabbing another soda? You’d have to add it to the definition.

Feel like another House of Cards marathon? Add it.

Now don’t get me wrong – I’m not saying you have to drop all soda and TV. I’m merely suggesting that you should consider the outcome of such activities. It’s possible to enjoy our vices without allowing them to define us.

For a long time I had a terrible habit of drinking too much cola. Three cans a day – often more – and virtually no water. I knew this was not healthy and it slowly came to define me. It haunted me. It made me feel bad but I kept drinking cola at the same rate, anyway. And then one day I decided I had had enough of doing what was easy. I wasn’t going to let this habit become part and parcel of my character.

I had to trick myself. I stopped keeping cola in the fridge and didn’t keep any ice on hand, so I had to plan ahead if I wanted one and usually the fact that I couldn’t have a can immediately was enough to make me get a glass of water instead. I got down to one can a day – still not great, but my water intake was up to at least 2 liters a day (the average adult male needs 3 liters a day).

By the time I got to this stage I noticed that I was craving the flavor of the cola again. It had been some time since I had a conscious desire to drink a can rather than just grabbing one because I was thirsty and water was “lame”. So I went a step further and stopped keeping cola in the house. Now I might have two cans over the course of a week – almost always with a meal – and I regularly get my 3 liters of water a day. The cola has gone from my dirty little (not so) secret habit to an occasional treat that I really enjoy when the craving strikes.

The point of this story is that I didn’t cut cola completely – I still get to have one here and there and now it tastes even better when I do – but my cola drinking habit no longer defines me. I’m no longer the guy who drinks too much cola – I’m the guy who is always hydrated.

I would recommend you start framing your own definition of self in this way. Start with “I’m the person who….” and follow that up with “I’m not the person who…” in order to filter out undesirable activities. Use of this positive and negative language will enable greater clarity in your developmental decision-making.

Only by knowing what you presently are (and are not) can you move confidently in the direction of positive and intentional personal development.