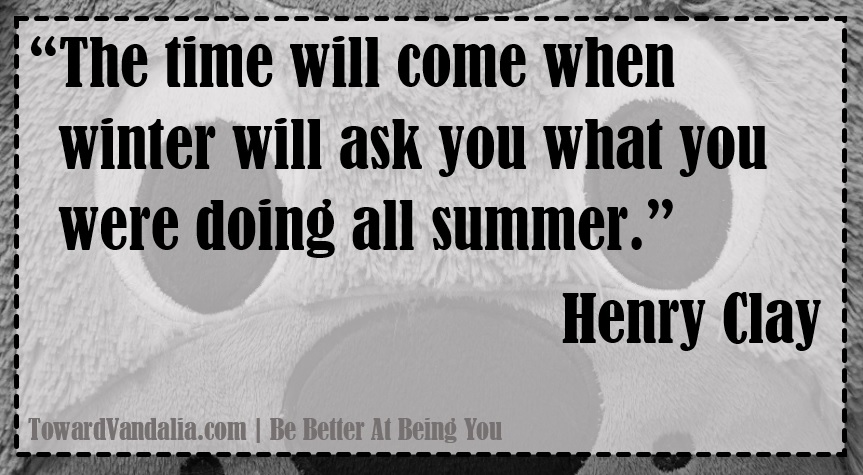 My family lived in Kentucky for about three years when I was growing up, which meant I heard the name Henry Clay quite often in my history classes. Clay was a transplant from Virginia who made his name as a lawyer in the Bluegrass State before he gained national notoriety as a senator, representative, Secretary of State, Speaker of the House and two-time presidential candidate. He was a man of conviction who sought compromise where others were quick to seek blood. This reputation earned Clay a great many admirers, including Abraham Lincoln.

Clay’s wisdom is frontier wisdom and the quote on offer today is no exception. It’s a favorite among athletes as it serves as a reminder that there is no such thing as an off-season. Athletes can’t afford to stop training or abandon their diets just because they don’t have any matches in the near future. If they do, they’ll be in a world of hurt when the season does roll around.

Likewise, a frontier farmer couldn’t afford to get lazy during the summer – summer was the time to prepare for winter. A lazy summer could mean a winter with no food to eat!

You, too, should be intentional with your downtime so you are better prepared when more demanding periods come along. By all means enjoy hard-earned breaks, but don’t forget that winter is coming.