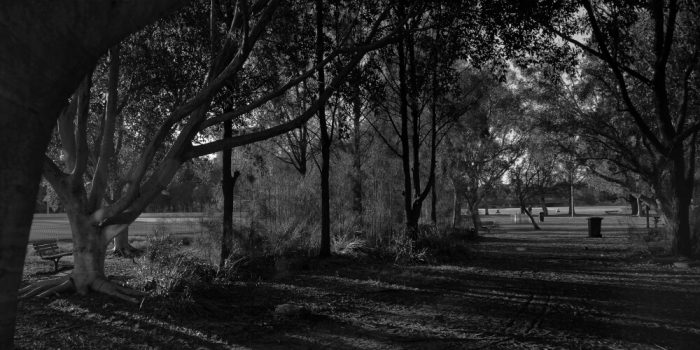 People have always told me I think too much. The accusation didn’t make much sense to me when I was a teenager. My view of the matter at that time lacked nuance: didn’t we all think the same amount, I wondered – and didn’t we do that thinking during every waking moment of our lives? How, then, was it possible to think too much?

Beyond the aforementioned lack of nuance, this was an altogether naive view that considered thought only as a function of time: my days are the same length as anybody else’s day, so how can I possibly think more than anybody else?

Obviously, young Greg was missing the point that was right there in front of him: the very act of thinking about thinking (metacognition, if you’re feeling nasty) would be considered by most people to represent ‘thinking too much’. In attempting to defend myself, then, I was actually only incriminating myself more deeply. As usual, I was my own worst enemy.

It will surprise few readers to hear that all of this caused me quite a bit of discomfort in those adolescent years. Later in life, I would learn some of the theory that perfectly describes the pain I had felt during those years: notions of cognitive dissonance, of objective and subjective perceptions of social ‘fields’, etc. Of course, some would say that engaging with such theory once again constitutes ‘thinking too much’.

However, in finding that I was experiencing very observable and not altogether uncommon phenomena, I found a measure of peace in the quantity and quality of my cognitive gymnastics. It turns out that I’ve never engaged in thinking too much in any general way, I just tended to think about things that other people didn’t. There is no small measure of judgement in the insinuation that thinking differently – perhaps frivolously, in some views – is, in fact, thinking too much. Only in adulthood am I able to see that “too much” was – with a few exceptions – code for “differently”. As is typical in the USA, much of my development centered around ‘discovering’ and refining an individualistic identity. I was encouraged to “find myself” and yet I was right there the whole time, being told that being myself – that engaging in abstract thought as a means of making sense of my environment – was too much.

But this isn’t a story about all of that, exactly. Being told that I think too much was really no different of a fate to that of kids who were told they should focus less on sports and spend more time on homework. It’s the protective instinct of adults-who-care to round off what they see as pointy edges of personality. Everything in moderation, as they say. If I had an uncomfortable childhood, it would only be because I wasn’t equipped to deal with my boundless thought, not because of the boundless thought itself or the guilt I would sometimes be made to feel at engaging in such thought.

As I ‘grew up’, I began to appreciate abstract thought as a pastime that could entertain me; protect me from loneliness or isolation. If focused properly (say, into a PhD, for example) – it could even bear fruit quite productively. It turns out I don’t think too much – I just have a different idea of what is and is not worth thinking about in the first place.

In much the same way I’ve always been an abstract thinker, I’ve also always been a creature of ritual. For most of my life this trait of mine has been most apparent in the way I consume live sport: I wear the jersey, I sit in the same seat, I do the first-down chant with the crowd even though I’m sitting alone in my living room. I get into it, basically, and yes, I’ve been told that I take things too seriously.

But ritual isn’t about taking something seriously – let alone too seriously. It’s about entering a specific cognitive and physical state. If you’re one of those people who “haven’t started their day” until they’ve had their morning coffee, you get what I’m saying. You’re adjusting your own settings for maximum utility. You’re setting a scene in which you know certain behaviours will lead to expected outcomes. You’re becoming a mood.

One such mood for me involves ceremoniously watching one of my favorite films: Midnight in Paris. It is the story of a man at several existential crossroads who finds himself prone to nostalgia and romance. While staying in Paris, he discovers a way by which he can travel through time back to the Jazz Age and party with his literary heroes – the stars of the Parisian expat community: Scott Fitzgerald, Ernest Hemingway, T.S. Eliot, etc.

I’ve watched the film a dozen or more times, to the point where The Girl knows what mood I’m in if she comes home to find me watching it with a glass of Sauvignon Blanc in my hand1.

When I watch the film, I – like the main character – am transported outside of myself. And when I say myself in this context, I am referring to my self which is defined within the context of my social and physical environment. Since this is a self I have always had a hard time knowing – in no small part because I have a hard time understanding the machinations of the society in which I valiantly try to operate – such a respite is welcome. I once joked that watching the film is a kind of therapy for me, and the notion is true insofar that watching the film allows me to ritualistically calibrate my mood into predictable parameters.

This concept of art as a mood resembles nostalgia in obvious ways, but the two are not the same. Each time I watch Midnight in Paris, I am not thinking fondly of, say, the first time I watched it2. No, the viewing at hand is always independent to those that came before it, even if it looks the same… and it does look the same, because I design it that way. Viewing the film in this considered manner generates a particular mood, and so I am careful when I ‘set the stage’ so as not to risk damaging the outcome.

Compare this to the nostalgia that one associates with a song, for example. You cue up the tune and immediately you are transported to the summer before your freshman year of college. You can almost feel the wind coming in the window of your car; smell the grass you had just cut to pay for the gas. This is a mood, to be sure, but it is a mood frozen in time. It is changeable only by viewing it through different lenses as you get older and have different experiences. As Alan Watts would remind us: accessing the past is an activity done in the present. We can never actually go back.

The character in Midnight in Paris has a similar experience with an actual painting. He encounters the painting in two different time periods: in the past, immediately after Pablo Picasso had painted it; and in the present, as an object given definition by decades of intellectual interpretation that was devoid of the painting’s actual genesis. What he experiences is not nostalgia – rather, he feels a familiar embrace changed only by external circumstance. Because of movie magic, he is able to exist in the past and the present at once.

But one does not need movie magic to do this – one merely needs rituals, cognitive or otherwise.

The character in Midnight in Paris can literally go to the past and live it as his present, but that past is not his past. Ultimately, he finds that his romantic fantasies of that bygone era are just that: fantasies. He resolves to live fully and romantically in his present.

And in the end, this is all I’m doing with my flights of abstract thought: living fully and romantically in the present.

Is that too much? I guess I haven’t really thought about it.