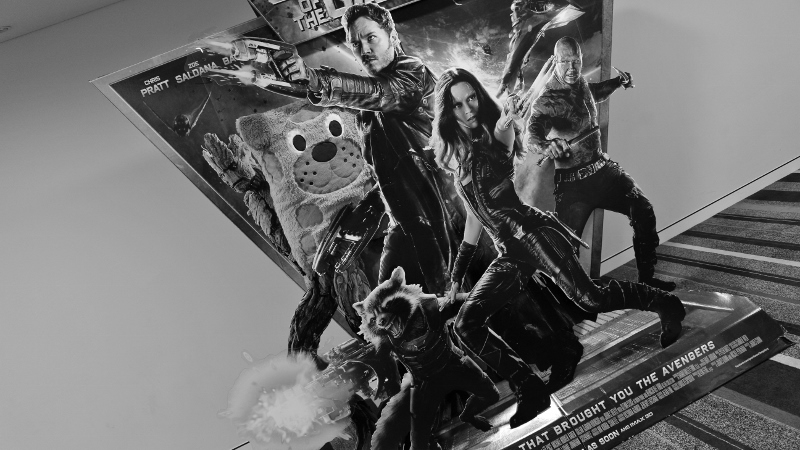 Marvel’s Guardians of the Galaxy stole a lot of hearts over this year’s blockbuster season (I would say “summer”, but it’s winter here in Australia!), including my own. As you know, I love finding lessons in non-traditional places and there were lessons aplenty in this comedic space western. Spoiler alert: engaged.

Peter Quill would really rather be known as Star-Lord (legendary outlaw) but he’s having a hard time getting it to catch on. Still, he persists in his efforts by embodying the values that he would like people to associate with Star-Lord. He has no time for the authorities, lots of time for the ladies and just the right amount of swashbuckling swagger for an outlaw cut from the John Stamos mold. His efforts are ultimately rewarded, paying off in a deeply satisfying and hilarious way toward the end of the film.

It’s usually a good idea to carefully plan your next actions, lest you wander too far down the wrong path. However, it can sometimes be easy to fall into a trap of planning paralysis in which you spend so much time trying to develop the perfect plan that you never make any real progress toward your goals. Groot takes this to an extreme when the Guardians are imprisoned toward the beginning of the film and are planning to escape. As Rocket Raccoon lays out his plan (complete with superfluous steps installed for his own amusement), Groot gets immediately stuck into his own assignment of removing a battery from the alarm system. Unfortunately, this forces the rest of the team into immediate and rushed action, but you have to admire his go-getting attitude.

Drax the Destroyer blames Ronan (the film’s main villain) for the death of his family. Unfortunately, his drive for revenge handicaps him with severe tunnel-vision that nearly gets himself and the rest of the Guardians killed. Fortunately, he learns his lesson and – seeing at last that his own goal aligns with that of the Guardians – he finally chooses to join forces with the other Guardians in order to avenge his family.

Think Outside The Box / Never Give Up

When guns of all sizes and one spacecraft-turned-cannonball fails to stop Ronan from reaching the surface of the planet Xandar, Quill tries one last thing: song and dance. With Ronan moments away from laying waste to the entire planet, Quill busts a move and urges Ronan to “listen to these words” as he breaks down O-O-H Child. Naturally, it was all a ruse to distract Ronan and create the opportunity to destroy his warhammer, and it works to perfection. As long as there’s time on the clock, be willing to try anything and everything.