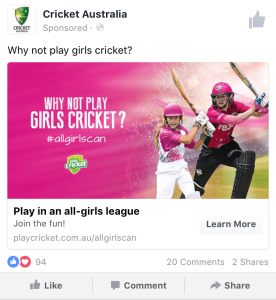 This post has been ‘simulcast’ from dSFD: Designing Sport For Development, the blog for my PhD project. My research is concerned with using design for social innovation in the context of youth sport for development programs. Visit designingSFD.com to learn more and follow along with the project as it unfolds.

Welcome to dSFD: Designing Sport For Development. I’m Greg, your intrepid PhD candidate at the University of Technology Sydney. dSFD will be the story of my PhD project, as well as an exploration of the nuts and bolts of carrying it out. Eventually my aim is for dSFD to become a resource for all those interested in using design for social innovation, sport for social development and change, or research students of any discipline who might be feeling a little lost in their studies.

I am interested in using intentional design to help sport for development programs not only avoid these potential fates, but also enable them to maximize the social outcomes they aim to achieve without the need for extra resources that they very rarely posses or are able to obtain.

Along the way I’ll be sharing materials that are relevant to design for innovation and sport for development, as well as inspirational stories involving sport and sporting stars, and resources relating to the actual day-to-day life of a PhD student and casual academic. I’m particularly interested in the way that sport has proven to be a powerful tool in the global effort to achieve gender equality so expect stories and commentary to that end, as well.

This post has been ‘simulcast’ from dSFD: Designing Sport For Development, the blog for my PhD project. My research is concerned with using design for social innovation in the context of youth sport for development programs. Visit designingSFD.com to learn more and follow along with the project as it unfolds.

Self. I need better lights. Maybe I can talk The