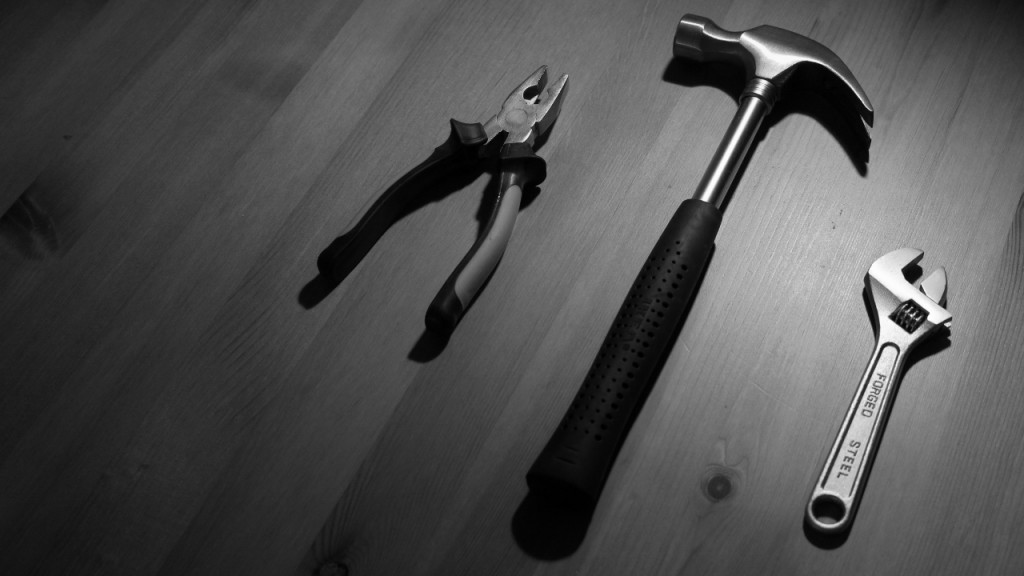 Part of the fun of moving away from home is confusing your new neighbors with the colloquialisms that you heard while growing up. Having done my growing up in the hills of West Virginia, I have quite a collection of such phrases and truisms that frequently raise eyebrows when I slip them into conversation here in Australia.

Most often this is meant in the context of possibly screwing up a good thing with constant tinkering; the idea that trying to extend that board just one more inch… and then another… will ultimately bring your house down when you’ve extended too far.

Taken at its most literal interpretation, though, the idea of not ‘fixing’ what isn’t broken seems awfully limiting. It flies in the face of ambition and creativity by assuring you that the grass is perfectly green here and there’s no need to bother looking for grass that is greener. It suggests that you be content with the delicious and nutritious meal sitting in front of you and never wonder if the menu features something even better.

Life is a Mexican restaurant

This very situation unfolded for me recently. Claire and I frequent a particular Mexican restaurant that friends introduced us to a couple of years ago. These same friends recommended the fajitas during that initial visit and Claire and I heeded their advice. It was far from a bad tip. These particular fajitas quickly became my favorite dish in Sydney. Over the years Claire and I would get there once a month or so and we would both order the fajitas every single time. Why mess with success?

Why fix what “ain’t broke”?

Eventually we found ourselves there on a night that Claire had a strong craving for fajitas that I didn’t share. I looked at the menu and, for the first time in nearly three years, considered other options.

This was the record- scratch moment. Freeze the frame there on me examining the menu like I’m seeing it for the first time.

A lot can happen in two years. New menu items could have been introduced. Specials came and went. Any of these things could have been better than the fajitas that, despite being very good, are not the pinnacle of culinary achievement. How many opportunities to find something even tastier had I missed?

The truth about things that “ain’t broke”

Naturally, life is slightly more complicated than ordering Mexican. The concept of missed opportunities, though, is basically the same and all too real.

It is easy – and, in some cases, beneficial – to fall into routines within our day-to-day lives. For the sake of our sanity and productivity, this is mostly okay. Your job pays good money and has great benefits. It’s close to home. Your boss is chill and a pushover in fantasy football. You’re a hit on casual Friday. Life is good. Nothing is broken.

But what if there is a better opportunity out there? A chance to be even happier in ways you haven’t considered because you haven’t seen the need to look around for them?

Another popular phrase that you’re more likely to have heard is: “Fortune favors the bold!” It encourages us to take risks here and there because – and why not layer in another cliché? – you miss 100% of the shots you don’t take.

And thus we arrive at a critical juncture in which many find themselves throughout their lives: when can we stop looking for something better? When can we be sure that we’ve ‘arrived’ and can achieve no more?

The answer, of course, is personal. For many, there becomes a natural state of equilibrium at which it no longer makes sense to push ahead. Research shows us that once we’re earning about $90K a year, increases in income don’t really increase our happiness anymore – so why would we bust our rumps to get further raises?

However, you’re on an actualization blog because you’re a natural pusher. To you, the grass can always be greener. Yet, we can’t constantly be assessing every aspect of our life in search of areas that can be improved. If we were always worrying about the next job, we’d be less effective in this one. Furthermore, exploring every single option that is available to us can sometimes lead to analysis paralysis, a state of being in which the sheer volume of options hinders our ability to make a decision. More often than not, this leads us to make no decision at all.

Knowing when to fix what “ain’t broke”

In the interest of pushing forward without driving ourselves crazy, let’s consider three strategies for recognizing when it might be okay to fix something that “ain’t broke”.

All of us build systems into our life than enable us to be more efficient and productive. In the interest of saving time and mental energy, we often make decisions without even considering that we had other options. In the Mexican restaurant of life, we just order the fajitas and move on.

Yet you should consider why you have arrived in the place you now find yourself. Did you have a craving for fajitas and thus you came to this restaurant that serves very tasty ones? Or did you come to this restaurant for whatever other reason and now you’re on auto-pilot, ordering the fajitas out of habit? If it’s the latter, the bell should be ringing inside your head as it did for me in this exact scenario.

As you go through life, consider your context and your situation. To mix metaphors: if you’re not craving the fajitas, maybe it’s time to look for a new job.

There’s nothing wrong with a plateau here and there. Sometimes life throws a bit too much at us and we need to set at least one aspect of our life – like our job, for example – on cruise control for a while. However, this should only ever be a temporary solution. If we leave any one area of our life in this mode for too long, the symptoms will start to show:

When life has settled down enough that you start to notice these symptoms, take it as an opportunity to explore other options. Have a look around at some other jobs or maybe some courses that you could enroll in to help take your career to the next level. Even if you take no action, the very act of considering other possibilities should be enough to shift you out of cruise-control and get your foot back on the accelerator.

Granted, when you start to look around at other possibilities, you may be tempted to make a change and go for it. We know that fortune favors the bold, but what if we take that new job and it totally sucks?

Any hesitation of this nature might have already slipped into your day-to-day life. At work, do you often go for the tried-and-true method? When choosing between different strategies, do you hedge your bets and select the option with lower upside but less risk? If so, you’re playing it safe. The room for possible failure has made you too cautious; too afraid of doing something that might not work out in the short-term.

Well, nobody ever said fortune always and immediately favors the bold (besides being untrue, it’s also not as catchy). It is the long game that will eventually yield our reward.

You will most likely encounter setbacks as you push your way forward. Break through some walls and you’re certainly going to collect some bruises. Playing the long game with any decision allows for the possibility of initial setbacks. Yes, you may have to take a step back on the food chain when you transfer to that larger company, but the future opportunities at that new company might be more numerous and appealing than those where you currently work. Sometimes it’s worth taking a step back in order to lengthen the track in front of you. Over the course of the long game you’ll pass those who reached the end of their own track and are being forced to run in place.

Some will be happy to run in place in this way – nothing is broken and so you won’t catch them trying to fix anything. Send them a photo when you reach the summit and make sure the next, taller mountain that you’re going to climb is in the frame.